The luxury industry will feel the fallout from the coronavirus crisis for the next two years if not longer, Chanel’s chief financial officer said on Thursday, warning the French fashion label’s 2020 revenues and profit would be significantly hit.

Privately-owned Chanel – known for its tweet suits, quailed handbags and No.5 perfume is one of the biggest luxury brands in the world alongside LVMH’s Louis Vuitton.

It did not give details of the slide in sales so far this year but the next 12 to 18 months would be particularly tough, finance chief Philippe Blondiaux told Reuters, adding that a strong recovery in countries where the group’s shops have reopened could not make up for the lack of international travel.

The renowned French couture house of Gabrielle Chanel opened a new boutique in the nation’s capital of Washington, DC at CityCenterDc last week. Women in the city of politics, government, and international relations have a new place for shopping in a space that boasts an 8,000 square foot location with the complete Chanel universe in … END_OF_DOCUMENT_TOKEN_TO_BE_REPLACED

A collection based on perfume is the basis of Lebanese duo Azzi and Osta’s Haute Couture Autumn/Winter 2021/2022 collection. As scents are personal to an individual, the looks from the collection are personal to a woman’s style taste, with looks mirroring the creation of the sweetest perfume. Both George Azzi and Assad Osta have once … END_OF_DOCUMENT_TOKEN_TO_BE_REPLACED

Lebanese designer Hussein Bazaza has unveiled his powerful new collection exploring the relation between social human behavior and predation. Through the aptly named collection Predation, Bazaza weaves a story of the dynamic between a predator dominating its prey, the aspects of which are present in all of our lives, such as our relationships, careers, cultures, and more. Far from … END_OF_DOCUMENT_TOKEN_TO_BE_REPLACED

The Cindy Cheo ‘Peony Brooch’ Inducted Into The V&A Museum

The 2018 Black Label Masterpiece XVIII ‘Peony Broach‘ by Cindy Chao The Art Jewel was inducted into the acclaimed William and Judith Bollinger Gallery of the Victoria and Alerbert Museum. The one – of – a – king brooch is made primarily of purple colored titanium and set with thousands of rubies and diamonds. The red petals … END_OF_DOCUMENT_TOKEN_TO_BE_REPLACED

Model Naomi Campbell announced on social media on Tuesday that she has welcomed her first child and shared a photo of her cradling her daughter’s feet. ‘A beautiful little blessing has chosen me to be her mother, So hounered to have this gentle soul in my life there are no words to describe the lifelong … END_OF_DOCUMENT_TOKEN_TO_BE_REPLACED

The Perfect Fragrances For Eid By Paco Rabanne

Olympea Blossom Be swept away by the new olfactory composition of Olympea Blossom: a floral and fresh composed by Paco Rabanne for a radiant and confident woman. When worn on the skin, its scent bouquet finds the perfect balance between the subtle freshness of rose petals and the fruity accord of sparkling blackcurrant and frosted pear. … END_OF_DOCUMENT_TOKEN_TO_BE_REPLACED

This Holy Month, pamper you loved ones by gifting them beauty treasures from Christian Louboutin Beauty. Full of generosity and appreciation, you 2021 Ramadan promises to be unforgettable. For this special moment, the traditional glossy boxes for lips and fragrances will be dressed in a customised red sleeve featuring a crescent moon and a lantern. To fully embrace the spirit of … END_OF_DOCUMENT_TOKEN_TO_BE_REPLACED

Something went wrong. Please refresh the page and/or try again. 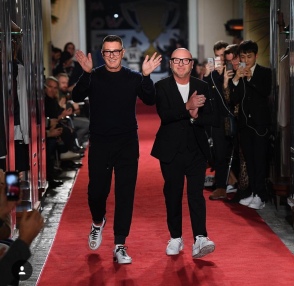